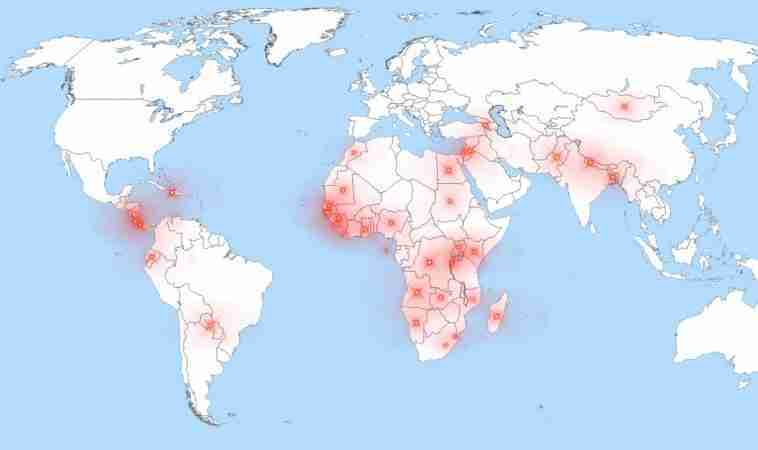 The president of El Salvador, the first country to adopt bitcoin as its official currency, has just announced that it will welcome 44 countries to speak bitcoin. That’s the same number of countries that participated in the 1944 Bretton Woods conference …

The non-aligned plunge into the rabbit hole

“Tomorrow, 44 countries will come together in El Salvador to discuss financial inclusion, the digital economy, how to bank on those who have not yet, bitcoin and its benefits in our country. »

The president revealed the list of central banks and other representatives of the participating countries:

The GDP of all these countries is worth about 2,370 billion dollars, which is slightly less than the GDP of India (just under 3% of world GDP). However, the population is more than a billion people, or 1/8 of the human race.

This was probably the announcement that the Salvadoran president had planned to make at the Bitcoin conference in Miami and was unable to attend due to a rise in crime in his country.

It is not trivial to get 44 countries together to discuss the benefits of bitcoin. Although the economic weight of these countries is relatively small, such enthusiasm could quickly have a snowball effect.

For example, Egypt and Pakistan (nuclear power) have many influences in the Middle East, where the world ‘s largest energy reserves are located.

The voices of Nigeria, Ghana, Kenya and Senegal are also very much in Africa, where many countries want to dream about one thing: freeing themselves from the CFA franc …

This reunion is even more important as the world has realized in recent weeks that the United States and Europe will not hesitate to steal foreign exchange reserves in the event of non – alignment with NATO’s foreign policy. Russia has just paid the price for 300 billion dollars.

The fact is that central banks around the world are being forced to accumulate green drums, because oil and many raw materials are sold exclusively in dollars. It is the famous petrodollar system that protects the American Empire from the sword.

Converting these foreign exchange reserves into bitcoin would eventually remove the infamous “exorbitant privilege” of reverse aid in favor of the United States. This would enable nations to regain their sovereignty since no one country can “freeze” the BTC of another.

In addition, the inflation rate of the euro and the dollar is not as good as it used to be. The value of these foreign exchange reserves is melting like snow in the sun. Even the Saudi ally is considering selling its oil in yuan.

Finally, note that many of these poor countries rely on their diaspora to support families back home. We’re talking about “remittancesEgypt, Nigeria and Pakistan, for example, receive a combined $ 60 billion from overseas each year.

There is so much money that could be enough in bitcoin every year if these countries were to follow the example of El Salvador, which uses bitcoin to prevent businesses like Western Union from making sugar on the way. Nothing seems to be able to stop bitcoin anymore.