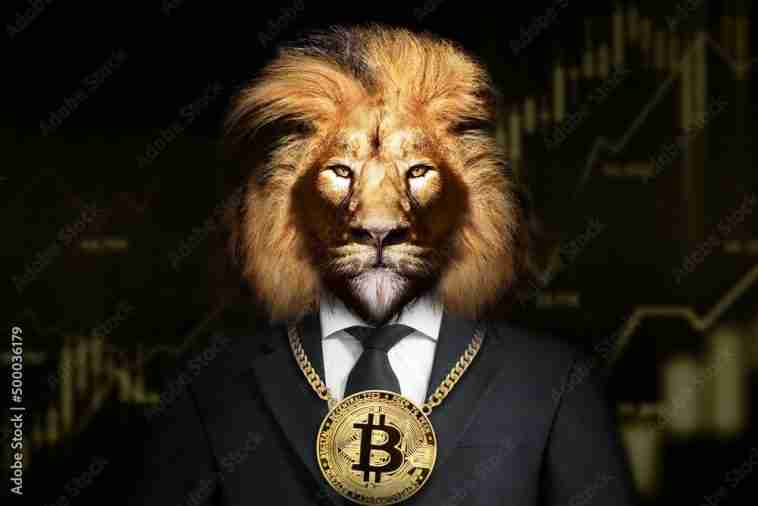 Bitcoin (BTC) has been hit hard in recent weeks. From accident to accident, he barely keeps his head above water. The “king of cryptos” fell to around $18,500 at the end of June 2022. The rich times when BTC was at its peak and peaked at $68,000 are long gone. The question arises, and it is legitimate. Is bitcoin (BTC) the solution?

The fall of bitcoin (BTC) and cryptocurrencies

Cryptocurrencies fell quickly. The IS stable tires turned out to be unstable. Like a bad hangover, the blockchain universe is struggling to recover from its hangover. This is not good news for DeFi when the industry that was meant to replace traditional finance is now trying to centralize and raise money for stabilization. Bitcoin in particular suffered the worst reviews. It has always crystallized the cryptocurrency detractors. We can quote quips in a tuft. ” Bitcoin is the death of a rat signed by Warren Buffet. “Supercoders of the shadows Elizabeth Warren. ” destabilize nations Hillary Clinton. “Bitcoin appears to be a scam Donald Trump sent. “Personally, I think bitcoin is worth anything Jamie Dimon. We could go on like this for hours. ” Ponzi scheme », « Waste energy », « It has no cash flow »…

Let’s put aside all the mud that has been dumped against Bitcoin. We have to go back to the basics. We need to go back to the basics, that is to say review the original idea and purpose of bitcoin. The first step to recognizing the added value that bitcoin can offer us is to accept and recognize that there are problems to be solved. If no one thinks there are problems with the current status quo, then bitcoin will always be a “waste of energy” and a “Ponzi scheme”.

Do you know numismatics? This is the name given to the science that deals with the study of currencies in history. Including coins, coins, tokens and coins. In fact, the concept of money is not new and has been around since around 5,000 BCE, when the ancient Mesopotamians introduced the shekel as their currency. So the numismatics can help us better understand the problem. Beyond the Mesopotamians, many civilizations used shells or stones as currency. Finally, whatever medium is used, gold, silver, pewter, shells, stones, silver reduces the need to create trades and daily barter. We cannot barter throughout the day, and we cannot deposit items in our garages to store our earnings.

Uses of money and its evolution

Now that we have seen that humanity, and especially civilization, has always needed a currency, we can review what bitcoin can be used for. Money is useful as a medium of exchange, as a measure of value or standard of deferred payment and a store of value. Money must also have the properties of functionality, durability, divisibility, transferability and scarcity. This is how money is embedded in every part of society. In addition, the “medium of exchange” function of money has evolved over the years with technology. We may have used coins or bills in the past, but today e-commerce accounts for 13.2% of all purchases. Visa, Mastercard and Paypal have capitalized on this payment infrastructure (digital and personal) with 2021 revenues of $24.1 billion, $23.6 billion and $25.4 billion respectively. Visa and Mastercard have come together to facilitate more or less 70% of card transactions in 2021. With such sums, it is safe to say that digital payments have met demand, they have solved an existing problem.

The success story of digital payments

We can go even further and talk about the fees of around 3% charged by these networks, or the average global money transfer fee of around 6%. There are many more issues to deal with here, but we’ll save that for another day. Currently, we can confidently say that with Visa processing up to 24,000 transactions per second, there is inherent value in the card payment services delivered. It is the same with bitcoin. We need to explain the fundamental value that cryptocurrency brings. We were able to explain here, that some form of currency is needed, and two, that digital payment networks facilitate the exchange and transmission of money, which brings value to society.

What form should our currency take? It is a legitimate question… We have seen that there was a time when shells were used as money. And until 1971, the monetary system was backed by gold. Today, money is a FIAT system, with no underlying products supporting our monetary systems. But, is this a problem? Is fiat currency the best form of currency we should use to protect the efforts of our work? Does FIAT best represent the monetary properties we seek in the form of money? We have already explained that the current system is unsustainable, and that it works on the principle of debt. For further explanation, this YouTube video summarizes how our current monetary system works.

The FED, or ECB, prints everything by buying the sovereign debt, which is eternal. This is the big problem we face. By printing too much, we create inflation. So, for example, when the US government passed legislation for $4.2 trillion in spending in the CARES Act and Covid relief programs, we see an asset (in the form of an IOU) added to the Fed’s balance sheet. Is this all a problem? Should the 7 member Federal Reserve Board be able to issue $4 trillion in new money at will?

The FED and the ECB or bitcoin (BTC)?

That’s not all. Commercial banks also create money at will through our fractional reserve banking system. As explained in the video. The Fed sets the reserve ratio (how much of a bank’s deposits must be in reserve with the Fed) and the federal funds rate (which translates to the percentage that commercial banks receive for deposits with the Fed), and each is added of which are passed on to consumers and businesses in the form of loans, mortgage rates, etc. It is exactly the same to operate with the ECB. In 2014, it lowered its deposit rates, as explained in the article linked above. When the Fed sets a 0% reserve rate as it has throughout Covid, it has effectively given commercial banks the ability to create unlimited money. In this regard, the Americans were behind us Europeans thanks to our central bank in Frankfurt.

So back to the question… is this fiat money standard a problem? Is this the best we can do as a society to provide mechanisms to preserve wealth over time? If BTC is a “Ponzi” or “rat poison”, I hesitate to speculate what our current fiat system is…

It was supposed to be “transitional”… But now inflation is the talking point of the year. Jeff Bezos and Elon Musk (apparently) both have tweeted on the negative effects of all our money printing on inflation, by debunking the stories of the Biden administration, Senator Warren and others. The very people who made long statements explaining that everything is Putin’s fault, or even better because of “corporate greed”.

Conclusion: Is bitcoin (BTC) the solution?

First, let’s go back to the previous four conclusions. Money has value as a function (we need to be able to exchange goods and store value over time). Payment networks have value (we need to be able to transmit value across space and time, and quickly). Fiat money has problems. Especially because there is basic inflation, it is devalued every year and the rules of the game are changed at the discretion of the board of directors which consists of 7 members of the FED. Ditto for the ECB, no one among those reading these lines has decision-making power regarding the ECB’s monetary policy. Printing money causes inflation and harms society. It is an invisible tax on those without assets, it concentrates power in the hands of a few (the central bankers) and it subverts democracy when we can print money at will rather than making difficult decisions about raising money through taxes.

With all these arguments, in my opinion, it cannot be denied that the decentralized nature of BTC gives us an incredible opportunity. We can be autonomous in our transactions. There was no need for a middle man. It allows you to quickly settle transactions anywhere between individuals or professionals. Bitcoin (BTC) plays a similar role to gold, with the added benefits of digital and blockchain. Originally a store of value against inflation, in recent years it has been correlated with the real economy (especially the Nasdaq) for various reasons. the bear market it is worth clearing the market and decorating it from the stock market. Bitcoin (BTC) will likely regain its function as a store of value against inflation thereafter.

Passionate student about entrepreneurship and interested in the technologies behind cryptos! Yes, I’m sure the two are closely related: blockchain and NFTs are revolutionizing many sectors and presenting unprecedented opportunities. 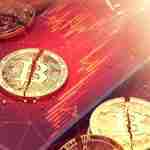 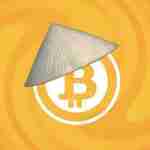 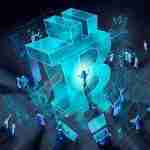