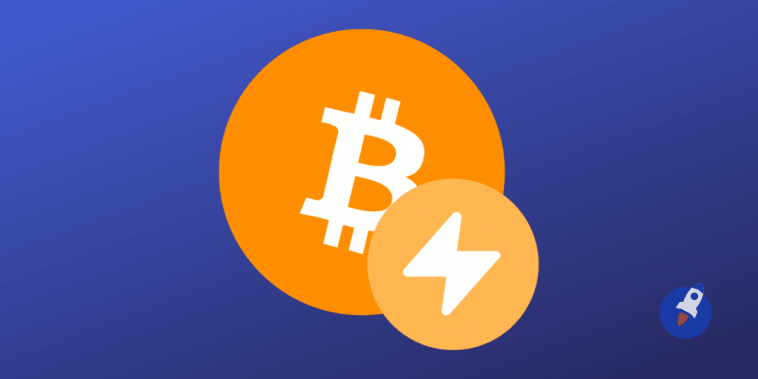 Bitcoin was the trigger for the decentralization process of currencies around the world. As the first cryptocurrency to explode, BTC aims to facilitate peer to peer transactions (P2P), especially when these cross national borders.

However, if this functionality is still one of the points of the cryptocurrency, it is also one of its weaknesses. In fact, the Bitcoin system can only support a low transaction rate, its role as a payment mechanism it is debatable.

To remedy this problem, the system Lightning Network evolved and integrated with Bitcoin. Despite its slow pace of development, the latter is still a strong competitor against already established systems such as Visa and Mastercard.

What is the Lightning Network System?

In addition, its delay makes transactions much more difficult and increases costs to a very high level during certain periods. Also, some developers have decided solve the problem low throughput and high transaction fees by creating the Lightning Network.

It is essentially a scalable Tier 2 solution that can process transactions made outside the blockchain. It’s how the Lightning Network works relatively easy to understand. This involves creating a P2P payment channel between two parties during a transaction.

Through this channel, all parties can a unlimited number of transactions almost instantly and at reduced cost. The channel can be compared to a small account book that users rely on to pay for goods and services of all kinds without affecting the Bitcoin network.

By using the Lightning Network, network users lock a certain amount of Bitcoins to create their channel. Once the required amount of BTC is locked in the channel, recipients are able to charge the amounts they need in record time.

Evolution of the Lightning Network System

The creation of the Lightning Network system is one of the answers given by the developers to the evolution problem facing Bitcoin today. However, although the system is ingenious, it has to take a lot too slow within the community.

From its inception to the present day, the Lightning Network there are over 87,000 channels payout for approximately 4,570 BTC locked with a total estimated value of over $111 million. Progress is clearly not enough when you consider the 19.1 million BTC in circulation with a market capitalization of more than 460 billion dollars.

It is still undeniable that, despite the problems it faces, the Lightning Network (LN) system has the potential they outperform existing payment solutions.

For many, such a claim is an illusion, as payment giants like Visa and Mastercard have had plenty of time expand their influence around the world. According to expert estimates, the network established by Mastercard can process up to 5,000 transactions per second.

The future of transactions

On the other hand, the data collected on the Lightning Network system clearly shows that the latter It can go much further. In fact, it is capable of processing up to 1 million transactions per second. It is therefore the most efficient payment system in the world in terms of transaction throughput.

For many specialists in the cryptocurrency market like Ovidiu Chirodea, CEO of the Romanian cryptocurrency exchange Coinzix, the Lightning Network system represents the next step in the evolution of currency management.

The appearance of Bitcoin is the same a new step in the evolution of the financial market, because the latter has created a new store of value. The subsequent invention of the Lightning Network complemented Bitcoin by serving as a platform for it to also become a convenient medium of exchange.

What are the advantages of the Lightning Network system compared to the Visa and Mastercard system?

There is privacy, ease of use and censorship resistance the three major advantages guaranteed by the Lightning Network system to its users. According to Max Rothman, head of cryptocurrencies and digital assets at global payment processor Check, the whole point of using cryptocurrencies is the anonymity they provide to their users.

Also, to encourage people to exchange goods and services through cryptocurrencies, it is important that the exchanges transparently and confidentially.

The expert then states that the Lightning Network is a system of peer to peer type. Therefore it is up to both the merchants and the customers to ensure transparency in each of the transactions they make.

The Lightning Network platform allows Bitcoin to perform more transactions than other conventional payment methods. In addition, because Bitcoin is a cryptocurrency, it still has the advantage of being a decentralized system and is more resistant to censorship than centralized companies.

A Lightning Network for the public good?

According to Fenton, if centralization still a major concern for some users of the Lightning Network system, it could not affect the Bitcoin blockchain itself.

Lightning Network is essentially a payment platform that allows its users to take advantage of a “cash” payment option for any type of transaction, but in cryptocurrency. Better, during the transaction, there is no participating party other than those involved in the coin and no exorbitant fees.

For Chad Barraford, the technical lead of the decentralized liquidity protocol THORChain, the Lightning Network system serves the interests of its participants much more as good public. It is very different from other payment systems like Visa and Mastercard.

According to him, the Visa company is a financial institution whose main goal is profit and asset control. He goes further by declaring that the company is under government orders. As for the Lightning Network, it is purely a public good and is only for provision basic service for everyone on the planet who need access to financial services.

While Lightning Network has clear advantages in terms of transaction throughput, it is also some significant disadvantages.

First, a matter of habit it will certainly evolve as the LN system expands around the world. In fact, for many people, opening a Lightning Network crypto wallet and funding it may not be as easy or as ingrained as opening a bank account and then using a debit card.

Then, to feed their Lightning Network wallet, it is essential that each user sends their BTC from a traditional bitcoin wallet. In addition, the creation of a payment channel means that the funds deposited into it will be completely locked. Although these can be used freely to make transactions, the remaining funds can only be recovered after the channel is closed.

In addition, the system does not provide complete protection against risks, because offline transaction scams is always possible. One of the parties may decide to close a channel as soon as the other party goes offline in an attempt to steal funds. Although the use of third-party services serves to partially mitigate this risk, they create another problem in that they prevent people from entering the network.

Lightning Network surely there is a future, but it will take time for it to be accepted by the general public. Bitcoin is currently facing some difficulties after the bear market and the inflation affecting the whole world. 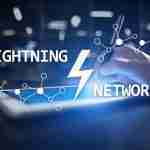 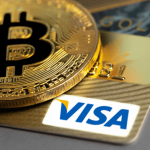 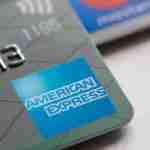 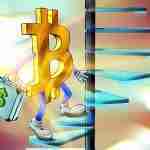 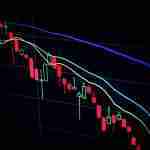