After the Bitcoin price posted another daily red candle at the beginning of the week and tested the $16,000 level again, the key currency can show a small upward trend. The price temporarily rose to just under $17,200, but was rejected here and was quoted around $16,800 at the time of publication.

Investors expect the price of Bitcoin to bottom out soon

However, there is growing hope among Bitcoin investors that the bear market is now down at around $15,500 and lower prices are not expected. But how likely is this scenario? The technical chart analysis shows where the price of BTC/USD could move in the short term and what price forecasts analysts are currently making for the number one cryptocurrency.

On the small time frame of the 1 hour chart, we can see that BTC/USD is in a consolidation phase. The $17,200 area is an important resistance zone that the price of Bitcoin has repeatedly tested over the past 3 weeks without being able to confirm it as new support.

Meanwhile, it is in the $15,700 price rangee important support zone for bitcoin. If BTC/USD falls below this support sustainably, the next big correction can be expected.

Given that the price hit a year-to-date low of just under $15,500 on November 21st and has fallen below a low of around $15,600 on November 9th, a bullish double bottom is effectively ruled out for Bitcoin price. Because this is only a valid pattern if the second low is above the first low.

On the other hand, Bitcoin could continue to form a bearish double top or M formation. If BTC/USD fails to surpass the November 10 near $18,200, this situation remains in place. However, this bearish formation will only be valid when Bitcoin breaks through the support at $15,600 and is confirmed as new resistance. Then the technical price target could take bitcoin to around $13,000. Compared to the current price, this would be another minus of about 24 percent.

But what about the daily chart for Bitcoin? Here we can see that BTC / USD has been going down since the end of last year when it reached an all-time high of $69,000 in November.

A descending resistance line and a support line form a falling wedge pattern where Bitcoin is moving lower and lower. Resistance was tested at around $47,500 in April 2022 and the support area in mid-June 2022.

Meanwhile, Bitcoin price managed to break this bullish pattern according to the technical analysis. The breakout occurred in mid-October and the November 10, 2022 correction successfully retested the previous resistance as new support.

Thus BTC/USD has fulfilled important prerequisites for this falling wedge to be a valid formation for Bitcoin price and for a longer uptrend to occur.

As a further confirmation, it would be helpful if Bitcoin now breaks the first high after breaking out of the formation. Then the probability that Bitcoin can reach the technical price target of the formation again increases. This could bring Bitcoin to around $62,500. For investors who buy Bitcoin now, this bullish trend could clear a return of more than 270 percent if BTC/USD actually hits the indicated levels.

However, the technical chart analysis still shows a few obstacles standing in the way of the uptrend.

An important chart indicator is the EMA ribbons. These chart bands describe different moving averages of price for past time periods. As long as the price is above these ribbons, it is a bullish sign and represents an uptrend. In the 2021 bull market, BTC/USD sat above the bands for several months before a major correction.

BTC/USD has tested these ribbons several times over the past few months, but has been unable to establish itself above them. It is also bearish that the ribbons marked red in the diagram are above the yellow ones. However, if the bands contract closely and there is a so-called flip, where the yellow bands slide over the red bands, this would be a bullish sign for the Bitcoin price. BTC/USD is currently testing the EMA ribbons again, but the breakout has not happened yet.

It looks more bearish on the weekly chart. Here the current Bitcoin price is not even close to breaking out above the EMA ribbons. This suggests that the current bear market may last longer.

The Golden Cross is a long time coming

A so-called golden cross, where the daily 50 and 200 average lines bullishly cross, has not yet occurred. In 2020, the golden cross continued a very supportive phase for bitcoin that lasted for a year. After the opposite trend move in January 2022, the death cross followed, a downtrend that has now lasted for almost a year. The relevance of this chart indicator cannot be denied.

However, the two average lines are converging significantly at the moment, so a bullish golden cross could occur in the coming weeks.

Overall, the chart analysis does not give a clear picture of whether Bitcoin is really grounded. A further correction to a new low for the year cannot be ruled out

Price forecast: Bitcoin price can explode to more than $300,000

Get your Dash 2 Trading Token in advance now

Investors looking for a new cheap investment opportunity should take a closer look at Dash 2 Trade. The new platform provides users with practical help for successful investing, such as trading signals, chart indicators and important crypto news. Dash 2 Trade’s native token is called D2T and is currently available in pre-sale. Currently buying D2T costs only 0.0533 dollars. However, advance bookings are very limited. It pays to be quick. 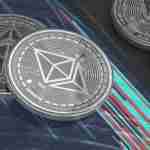 Ethereum Price Prediction: Are Bulls Continuing the Run to $2,000? 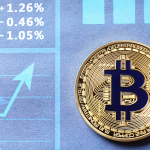 A big buy signal on Bitcoin? 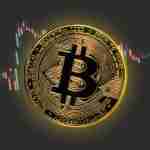 Bitcoin price prediction: BTC/USD on the verge of massive breakout to $28,000? 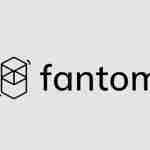 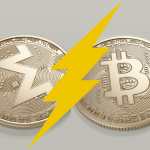