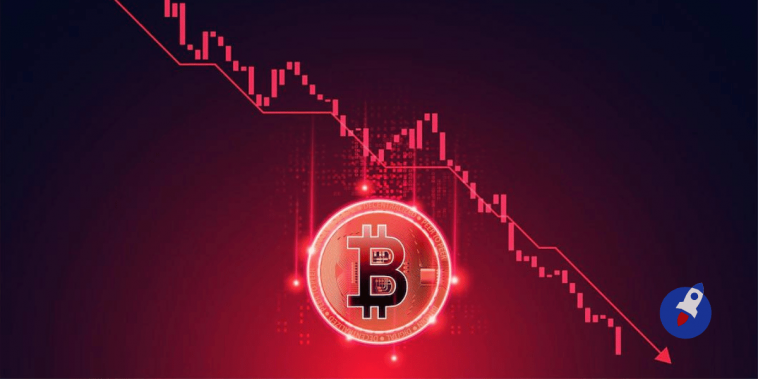 After the euro comes back below parity, the most pessimistic expect the BTC to enter a polarity zone at 13,000 dollars. After failing to rise above $25,000 last week, the decline resumed against a strong dollar. A busy week in macroeconomic matters it could add to complications, and likely announcements of monetary tightening as a result. We take stock.

After successively breaking its supports at 23,000, 22,000 and then 21,000, Bitcoin managed to preserve the famous support of 20,000 dollars. However, the prospect of rising interest rates and the recent abandonment of institutional investors indicate that the bear market is far from over.

In the short term, Bitcoin is stabilizing since Sunday at the 21,000 support. A stabilization phase is likely to occur within it range between 19 000 and 24 500 dollars. Breaking one of the two terminals will set the speed for the other.

In the medium term, the technical analysis also suggests that the decline would continue. It is clear that BTC has validated a double top on its weekly chart, and the Ichimoku shows a red cloud for the next candles.

Most pessimists talk about a polarity zone at $13,000. However, it will take a break of support at $19,000 to give credence to this hypothesis.

As for the dollar, it shows no sign of a reversal, neither in the indicators nor in the configuration of its weekly candles. The euro even fell below parity again at the time of writing ($0.99508).

More than 8 years after its bankruptcy judgment in Japan (February 2014), the platform Mt. Gox set to return 137,000 BTC to his customers whose accounts were frozen.

Is this massive release of bitcoins a danger to the course?

Because even if the BTC develops at 70% of its historical peak, it is far from the 820 dollars of February 2014. Hostile environment or not, many of these cheated investors will be tempted to take. at least 50% of their profits.

Mt. Gox trying to reassure everyone by announcing that they would refund investors in a phased manner, to avoid excessive selling pressure.

“If selling bitcoins had the same effect as Mt. Gox, it would certainly drive the price towards $10,000. However, in the previous months, that selling pressure was already felt, especially with the Luna crash or the 3AC crash, and it did not drive the price so low” (Cryptonaute, Les BTCs de l’affaires Mt Gox va -ils watch plunge the market?)

The markets will have their eyes on Jackson Hole (Wyoming), where from August 25 to the 27 Economic Policy Symposium hosted by the Kansas City Federal Reserve.

Many, it is the annual briefing and review of the world’s central bankers, led by the boss of the governors – Jerome Powell, Governor of the Federal Reserve. ECB President Christine Lagarde will not make the trip and will be replaced by Isabel Schnabel.

Following the publication of the CPI (“Consumer Price Index”) on 10 August and the NFP report (“ Non-farm payroll ) on the labor market in the United States on August 5, the conference will provide additional clues regarding the Fed’s next actions.

Jerome Powell is very likely to say that the Fed will maintain its desire to raise rates as long as necessary to bring inflation back to 2%.

Think about the correlation between Bitcoin and stock indicesthe Fed’s monetary policy is a theme closely followed by investors.

BTC’s test of $25,000 was mainly fueled by expectations that the Fed could ease policy and reduce interest rates if inflation were to decline (and the US economy was in recession).

However, there is no indication that this is about to happen, so we have toexpect BTC – and all altcoins – to suffer Again.

Can we expect “flipping” to come?

However, should we expect a big difference between bitcoin and ethereum?

It will not have escaped your announcement that Ethereum is expected to switch to proofs (PoS, Proof-of-Stake) on its mainnet for September 15th. After a successful merger of its various test networks (Ropsten, Sepolia, and Goerli), the actual merger – “ The Merger – so the next step.

When a problem arises that is The Merger coinciding with the release of bitcoins from Mt. Gox.

On paper, we are still far from it: the value of BTC in circulation is almost 409 billion dollars, against less than 19 billion for ETH. But the risk is not zero, this hypothesis will gain momentum as we approach The Merger. 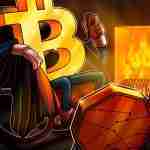 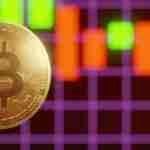 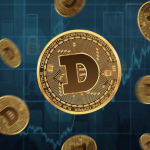