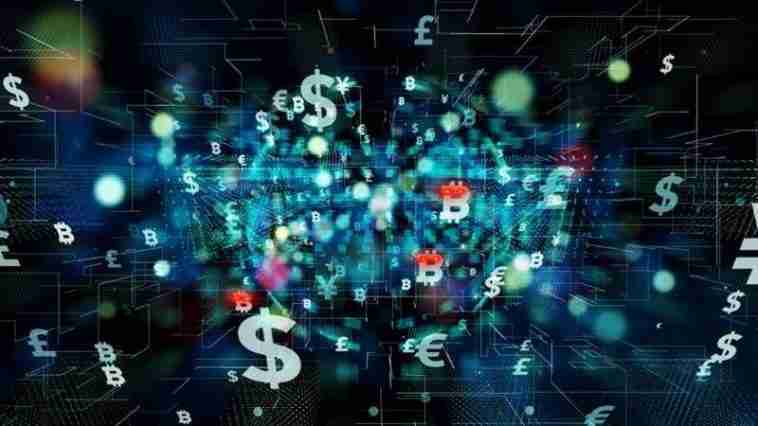 Nuclear war, sabotage of gas pipelines, the victory of the Eurosceptics in Italy, the explosion of lending rates, the collapse of currencies, inflation. Keep calm & buy Bitcoin.

The Italian government’s 10-year borrowing rate is at its highest level since the European debt crisis in 2014. We hit 4.75% on the heels of the victory of the Italian right-wing coalition of Fratelli d’Italia parties.

The Italian brothers, led by Giorgia Meloni, won 26% of the vote, making the Romanian the first female Prime Minister. Europe’s third largest economy is now run by a Eurosceptic who inherits a debt equal to 25% of the Eurozone’s arrears.

Fiercely anti-globalist Giorgia Meloni, however, said she would continue to support Ukraine. She also went back on her previous statements, saying that she clearly supports Italy’s membership of the eurozone.

His electoral program, signed by Salvini and Berlusconi, also promises “regarding commitments [de l’Italie] as a member of NATO” and “fully adhere to European integration”…

But despite this facade of communication, the truth is that Italexit is closer than ever. Especially since Berlusconi and Salvini (lega party) have connections with the Russian president. Salvini particularly criticized the sanctions against Moscow.

Berlusconi has charitable words for Vladimir Putin, claiming he was “pressure” invade Ukraine. Il cavaliere, however, put down his wine this weekend saying his attitude was “oversimplified”. “The aggression of Ukraine is unacceptable and unacceptable, our position (for her party Forza Italia) is clear”he declared. “We will always be with the EU and NATO. »

And while the Kremlin has cut ties with the Élysée, the boot is likely to be Russia’s privileged interlocutor, which is mobilizing 300,000 reservists and threatening to use nuclear fire. “It’s definitely not a bluff”said former Russian President Dmitry Medvedev.

Ukrainian intelligence hopes the Kremlin will take over “Massive cyber-attacks against critical infrastructure of Ukrainian companies and their allies”. “The attacks will target companies in the energy sector”can we read in his latest report.

We must therefore expect more inflation, especially since the NordStream II pipeline has just been sabotaged. So it will be physically impossible for the EU to turn around this winter, when the population will be on the streets to demand an end to the sanctions against Russia.

Here’s what Bank of America tells us about inflation:

All this to say that war Europe is the perfect opportunity for Rome to jump ship. The single currency would take its course. We wrote about this two years ago:

“By leaving the eurozone, Italy will announce the end of the second international reserve currency. In the context of de-globalization and de-dollarization, this call for air will need to be filled. It is hard to see how Bitcoin could not gain traction. »

Chaos in the markets

The euro continues to decline against the dollar. One euro is now worth 0.96 dollars. Lowest since 2002.

The yen lost 20% over one year. The central bank of Japan (BoJ) was forced to intervene in the foreign exchange market. This has not happened since 1998, during the Asian financial crisis.

The Japanese currency is falling because the FED raises its rates and the BoJ refuses to do so. And for good reason, Japan’s public debt reached 266% of GDP. Raising rates is tantamount to default because it would be impossible to pay interest.

Sterling is at a 37-year low… 12% drop since Bank of England Governor advises bitcoiners to prepare “lose it all”.

The City of London did not understand the big tax cuts decided by Kwasi Kwarteng, the new Chancellor of the Exchequer.

In fact, less tax revenue means more debt to finance the budget. Very expensive debt as the Bank of England plans to raise its prime rate to 6%, which will lead to even more debt.

Therefore, in the long term, the cost of raising money is not a threat to bitcoin. This will only accelerate the long Ponzian scheme since the States will not reduce their spending. The UK has already said it will borrow more than £60bn to pay the energy bill.

Print as much money as needed, again…

Although the United States is self-sufficient in energy, it is not left out. The debt reaches 30,000 billion dollars. That’s $245,191 per American taxpayer.

Add state and local government debt. Plus any unfunded (travel) commitments. More personal debt. And you get a grand total of $851,223 in debt for every citizen of the United States. Or $2.2 million per American taxpayer.

Enough to put the abyss into perspective… So that there are not 36 situations to avoid debt:

Inflation has the effect of reducing the weight of debt in relation to GDP as it increases VAT receipts while artificially increasing GDP. But the nominal debt is not falling, let us specify.

We are at the beginning of a time of flash savings and a major decline in purchasing power. It is also possible that the monetary system will collapse leading to a Great Reset leading to highly authoritarian policies such as CBDC (Central Bank Digital Currency)…

Speaking, Jerome Powell said this week that the CBDC will not no without a name. Christine Lagarde thinks that the CBDC is necessary so that she does not return to the time of the “free banking”when there was no central bank.

It’s time to get your money out of this inflationary financial system due to unsustainable energy prices.

Most public policies lead to stagnation and there is little we can do about it. The only thing to do is buy and hold bitcoin until the rest of the world realizes that bitcoin is the world’s best store of value.

Among the interesting information in the report, note that the bitcoin adoption rate has fallen below the level achieved during the great exodus of Chinese miners in May 2021. In other words, the bull run is not still in sight, due to lack of new. bitcoins.

However, another metric is promising: the median transaction size. An increase in this amount generally means an increase in the participation of individuals.

The reduction in these amounts is coming to an end. Which indicates “the network is close to a complete detox on speculators”. So the ground is preparing for … the next wave of speculation … Aka, the bull run.

See you next Tuesday to comment on geopolitical and monetary news related to Bitcoin. 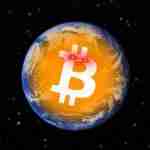 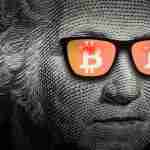 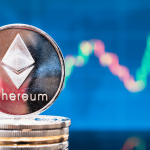 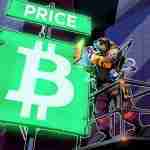