Since El Salvador adopted bitcoin (BTC), many Latin American countries are trying to follow in its footsteps. Therefore, more and more of them are implementing various initiatives to achieve this. This is the case of Brazil, which announced the launch of the project Bitcoin Beach Brazil. It aims to promote the adoption of BTC as a payment and savings method accessible to businesses and especially schools.

A cryptocurrency project that starts slowly

Recently, bitcoin (BTC) has entered the daily life of many Brazilians thanks to the Bitcoin Beach Brazil project. This initiative is inspired by El Zonte’s Salvadoran Bitcoin Beach project. The region has become one of the pioneers in BTC adoption in El Salvador, with local merchants being the first users.

As for the Bitcoin Beach Brazil project, it owes its existence to Fernando Motolese. He explained in an interview with Boletim BTC that the idea to launch this project arose in his mind on September 7, 2021, the date on which the law on bitcoin (BTC) came into effect in El Salvador.

“The project was born on September 7, 2021. I saw what was happening in El Zonte, which led to the adoption of bitcoin as the official currency of El Salvador. So I started replicating the project here in Jericoacoara,” he declared.

Then, he explained the process by which the project was accepted. According to him, it is a support for traders which boosted the project.

“We helped merchants accept bitcoin as a form of payment, then it became an educational approach to teach them how to save money and use bitcoin as a tool for financial inclusion.”

In addition, the students received a bottle, a t-shirt and a piggy bank related to the project’s paraphernalia. They also received instructions on how to use bitcoin (BTC).

In Brazil, we are on track to adopt bitcoin (BTC). In any case, several initiatives are carried out in this direction, the latest of which is the Bitcoin Beach Brazil project. Its creator says he was inspired by El Salvador’s BTC adoption process. 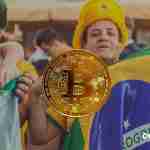 Bitcoin Beach is coming to Jericoacoara! 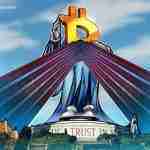 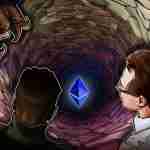